Find Your Way / Show The Way

“If we can make it there, we’ll  make it anywhere…”  Stardust in New York

A deep blue sky, light breeze, mild temperature, and beautiful views of the financial district and the Hudson River set the stage for The Stardust-Startup Factory’s inaugural summer event in New York City. By midday on Sunday (June 9th) our display tables were set up in Battery Park City; we could not have asked for a more beautiful day to be outside.

With the Stardust banner aflutter, we had arrived and were ready to accomplish four goals: (1) to raise awareness about our foundation, (2) to attract qualified emerging entrepreneurs and early-stage startups that want to find their way and could use support from Stardust micro-grants, (3) to find established entrepreneurs interested in showing the way—by mentoring or otherwise assisting less experienced entrepreneurs, and (4) to attract those interested in becoming major donors/investors in Stardust.

Our event had two venues—the first location at the North Cove Marina in Battery Park City for general meet and greet, and the second at historic Fraunces Tavern for more focused conversation.

Battery Park provided great exposure as a steady stream of people strolled by our tables. Many walked right up to see what was on display and  to ask about the work we do. And a number of those stopping had a health, learning, or sustainability startup idea of their own.

It was enthralling to hear Ayodele describe the work of Kajou and the way that the $2,000 Stardust micro-grant is making a difference to farming families in Ivory Coast. It was heart-warming to watch those hearing his story as they realized that The Stardust-Startup Factory, this relatively small nonprofit, was making a difference.

From the father who intends to send Stardust information to his daughter at UC-Berkeley to the Battery Park maintenance worker who wants to start his own environmentally friendly landscaping business, we succeeded in raising awareness in ways we could never have predicted.

Fraunces Tavern was ideal for the second half of our event. There, in the place where General George Washington gave his farewell to his officers at the end of the Revolution, the focus shifted to more of a working session about how to seek out investors and/or sustaining sponsors. Two distinguished New York marketing entrepreneurs were among those who encouraged us to look into “impact finance” as a field for people looking to make meaningful investments.

One of our attendees, a master’s student in sustainability at Columbia University, recommended getting in touch with the Columbia Tamer Center for Social Enterprise. We also discussed working with a website like GuideStar, which connects donors and grantmakers to non-profit organizations.

The event was a win for Stardust not because of how many people met with us but because the right people met with us. Nothing beats face-to-face communication. Though the travel was a bit challenging (I drove from Morehead City, NC to New York and then on to Montreal for Stardust meetings, putting 2,190 miles on the car while driving for 47 hours), it was well worth the effort to get a sense of one another as people.

Stardust does most of its work virtually over the internet. However, at its core, Stardust is about connecting with people at the human level. As Ted Cope on our Board of Directors so correctly stated, we do globalization at the human scale.

There are few things more exciting and encouraging to see than someone at the moment when the light goes on, and they imagine a way to achieve their dream. There’s a fire in the eyes, a buoyancy in the body language, and a lilt in the voices of those who believe that applying for a micro-grant might work for them.

And as cliche as it may sound, we are changing the world, one micro-grant at a time. I am so grateful to be part of this positive force in a world that can be seen as dysfunctional and dark.

It was wonderful to have so many of the Stardust team on-hand to field questions and to provide information: Mike Moloney and I were there representing the Board of Directors; Thalia Bloom, our Staff writer and editor of The Constellation, did a brilliant job with site selections and coordinating the set-up; Akintayo Ayodele from the Kajou team was there as a grant recipient; and our dear friends Gordon and Ann provided support for set up and for taking pictures!

Special thanks go out to Jodi Vittori for her generous donation supporting the event, to Coats Guiles for joining us and for connecting Stardust to his New York network, and to all of those who were not able to join in person but provide a treasure-trove of love and support. 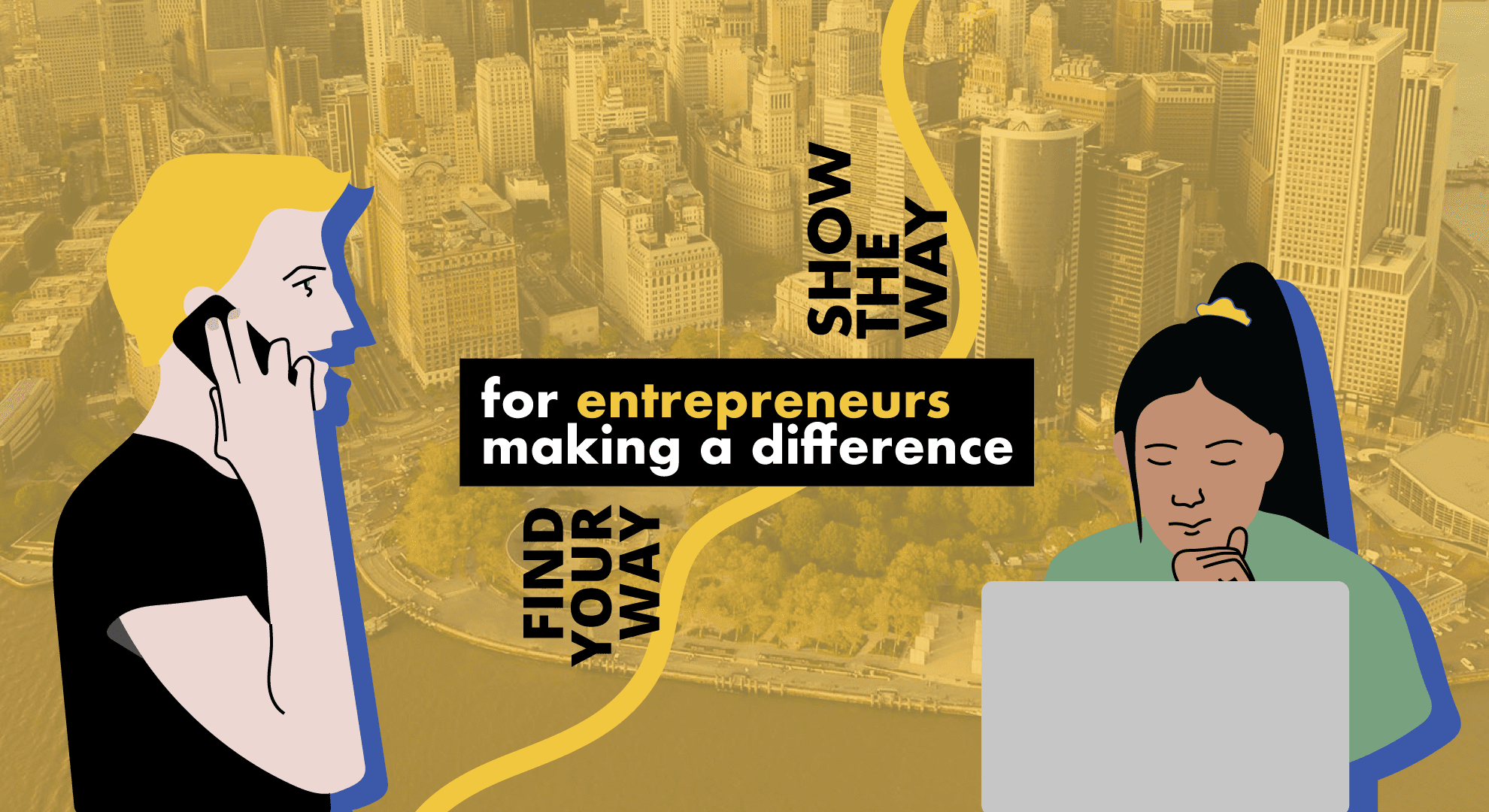 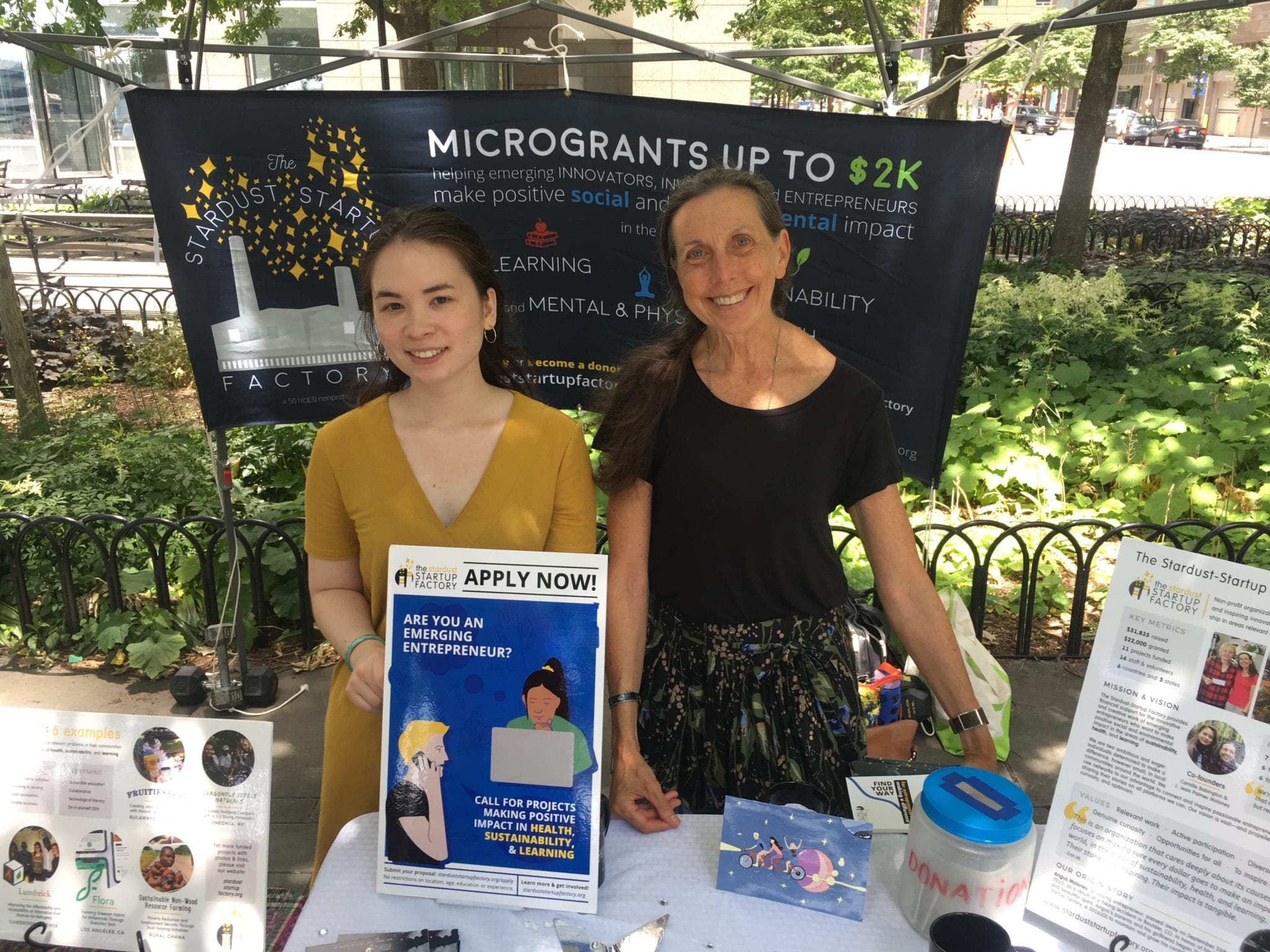 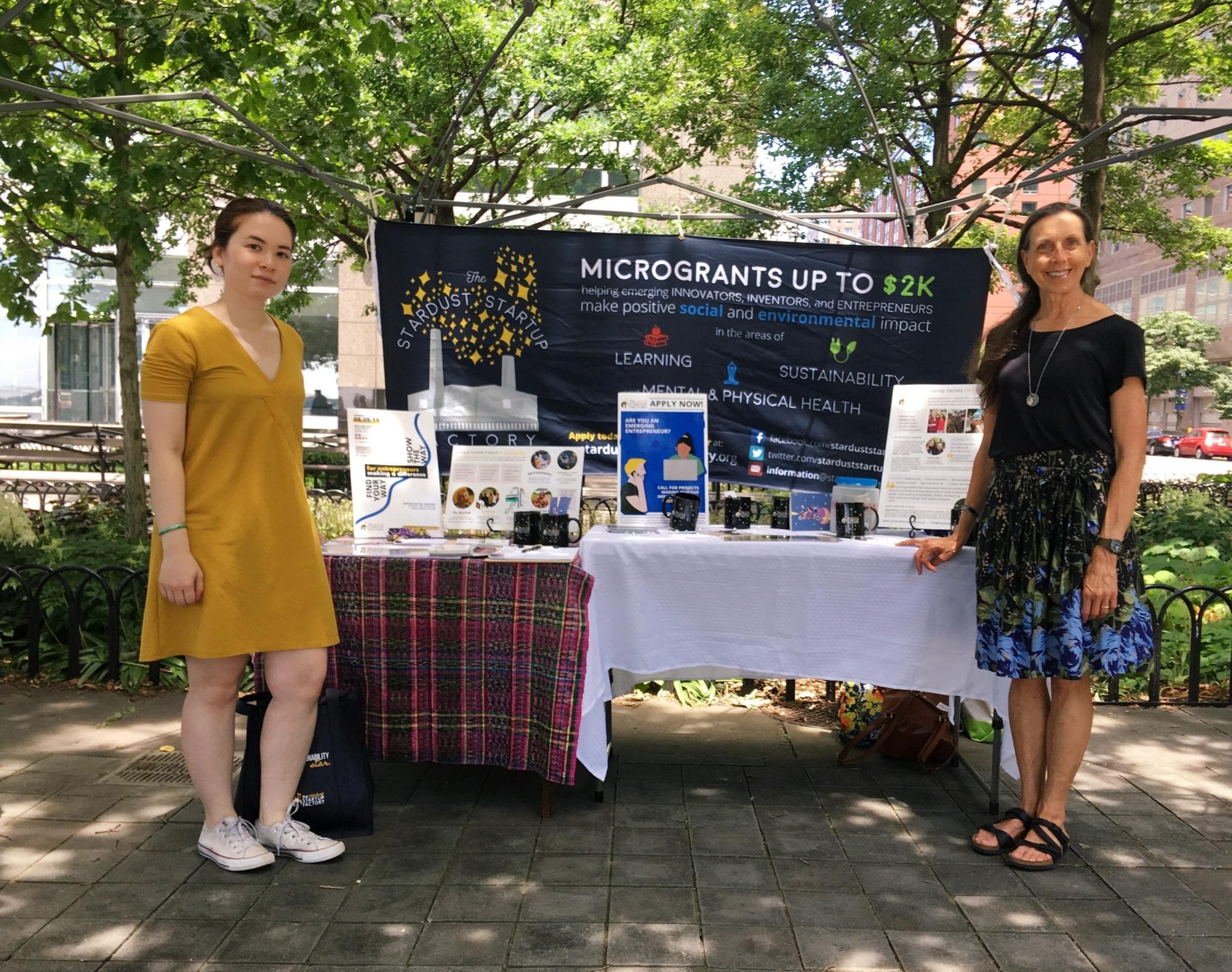 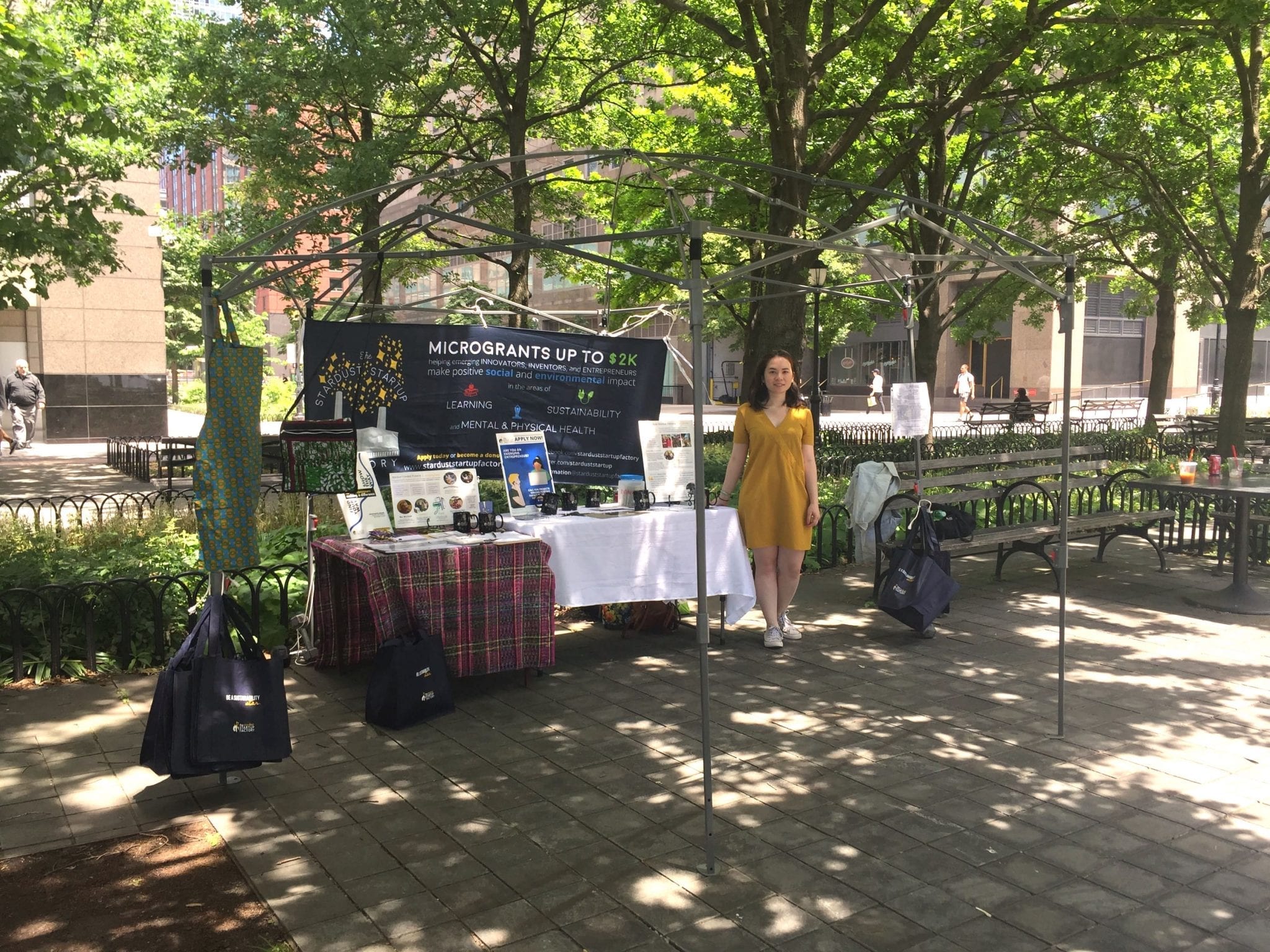 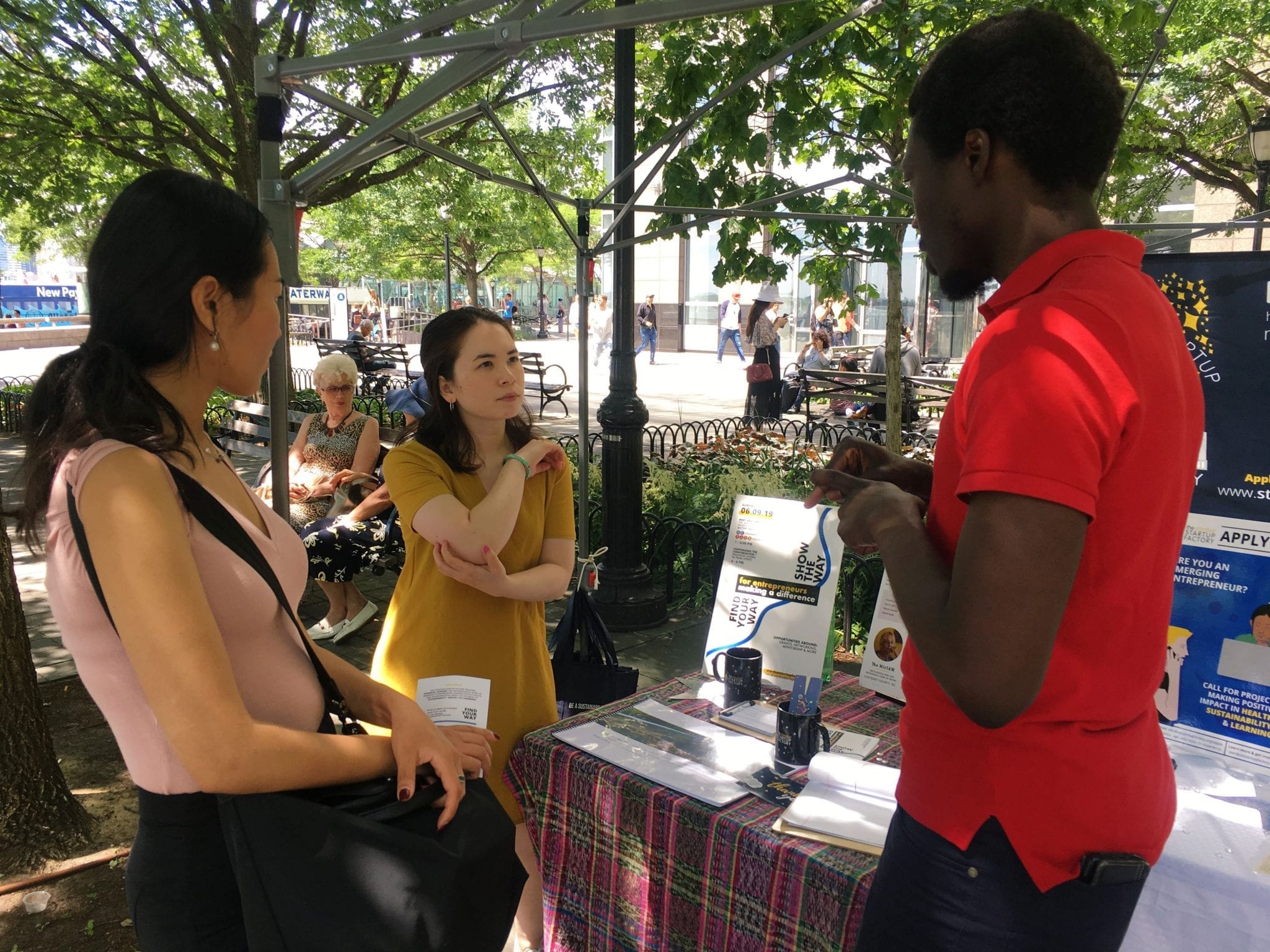 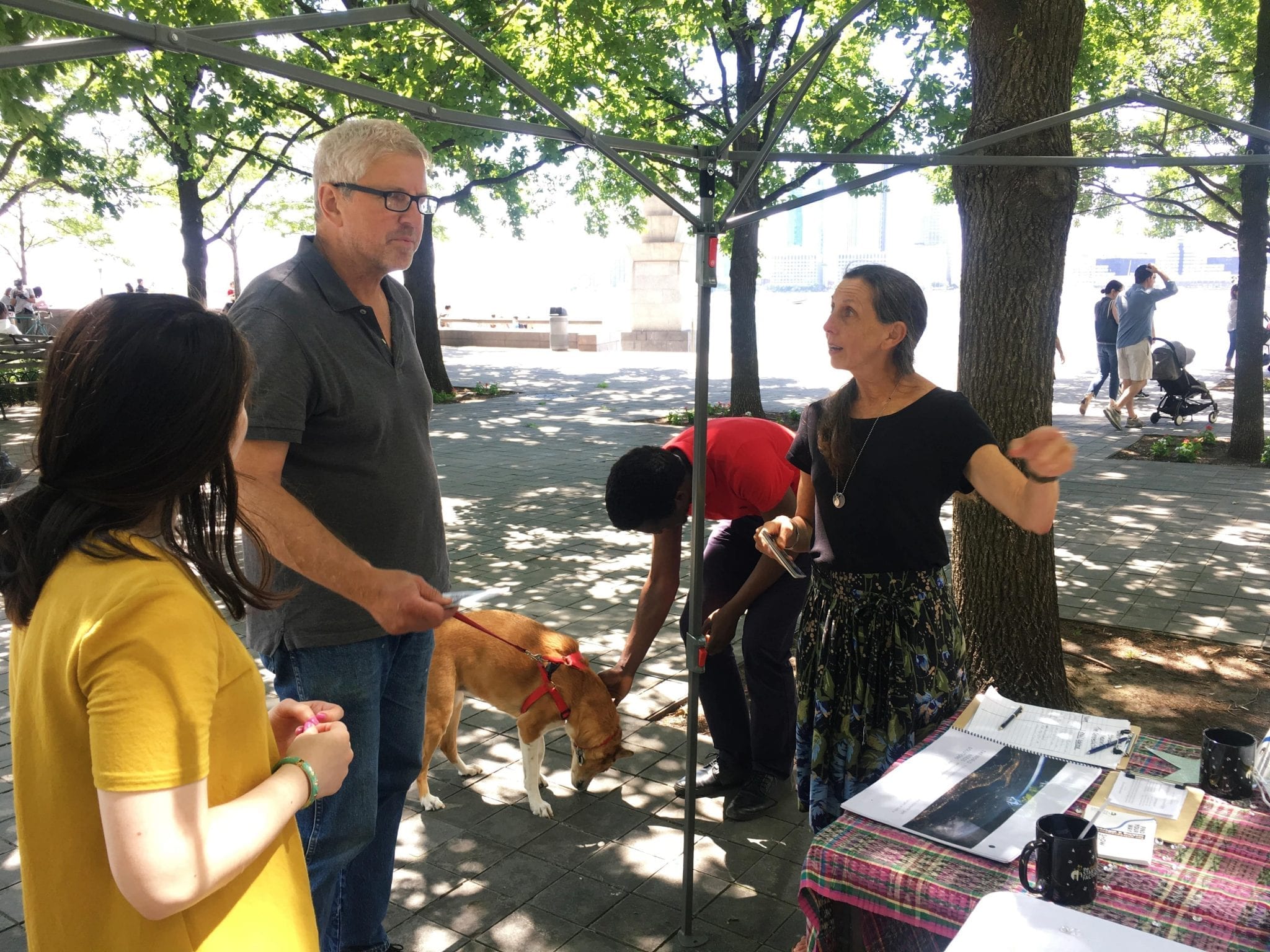 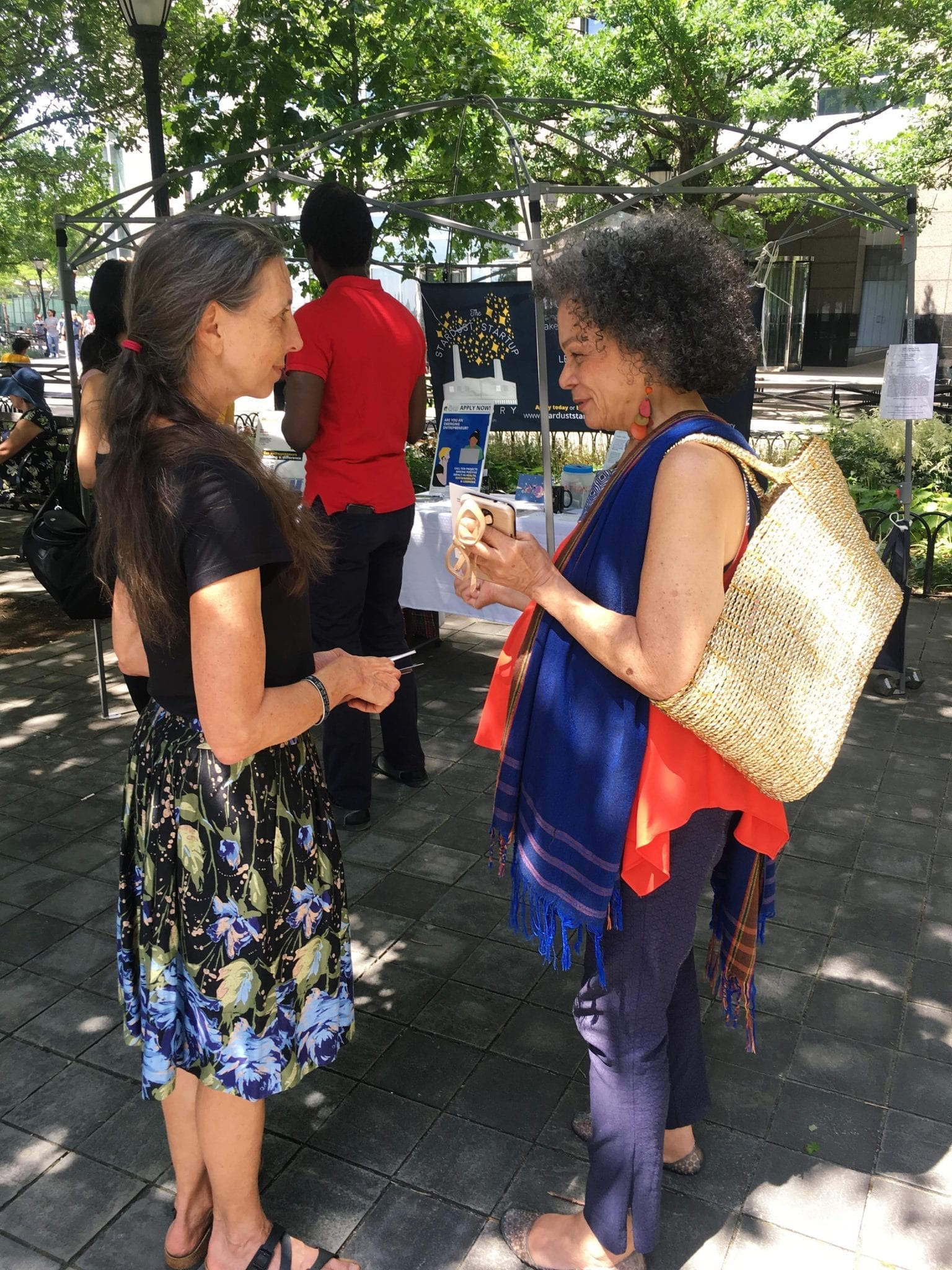 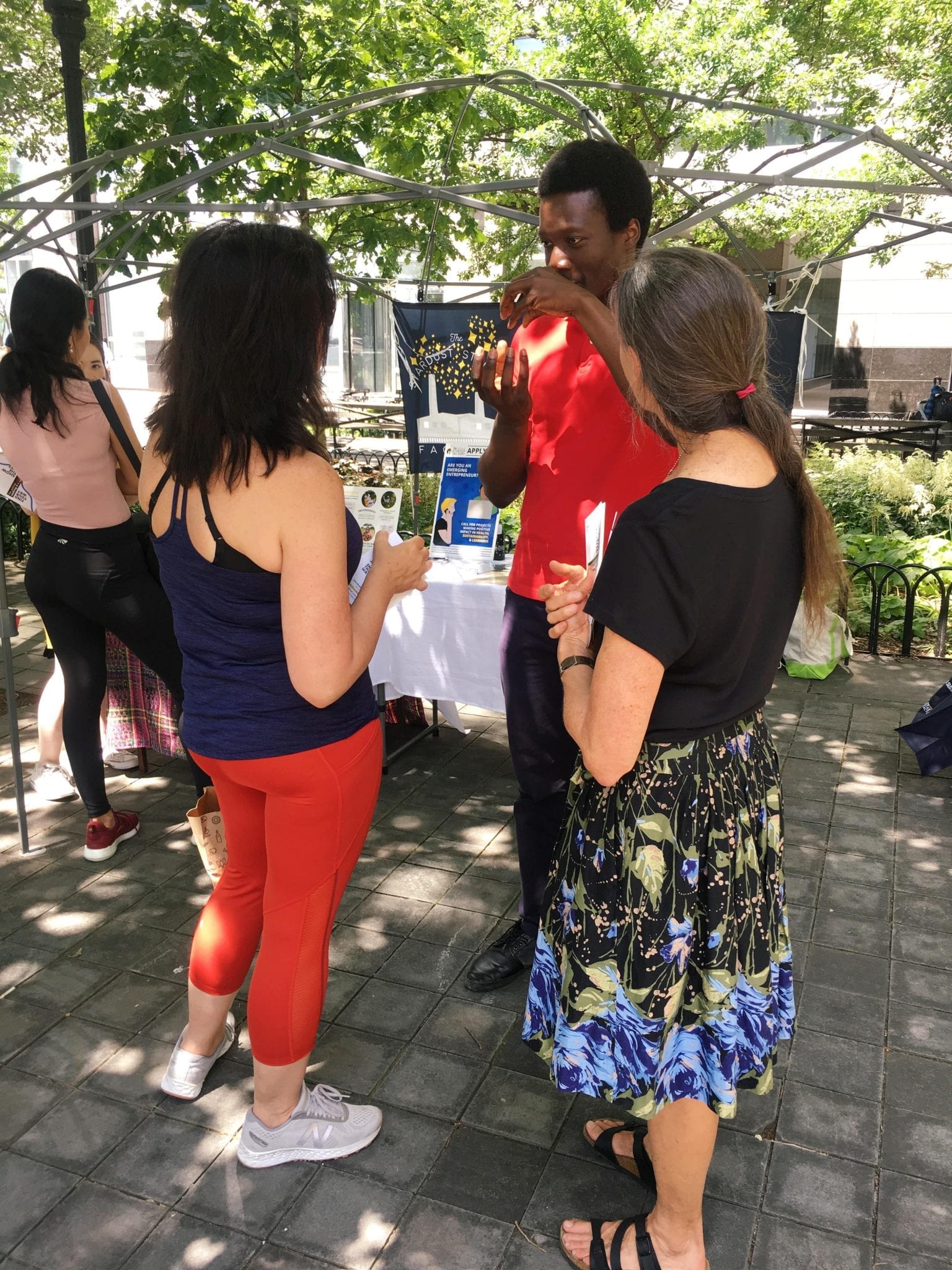 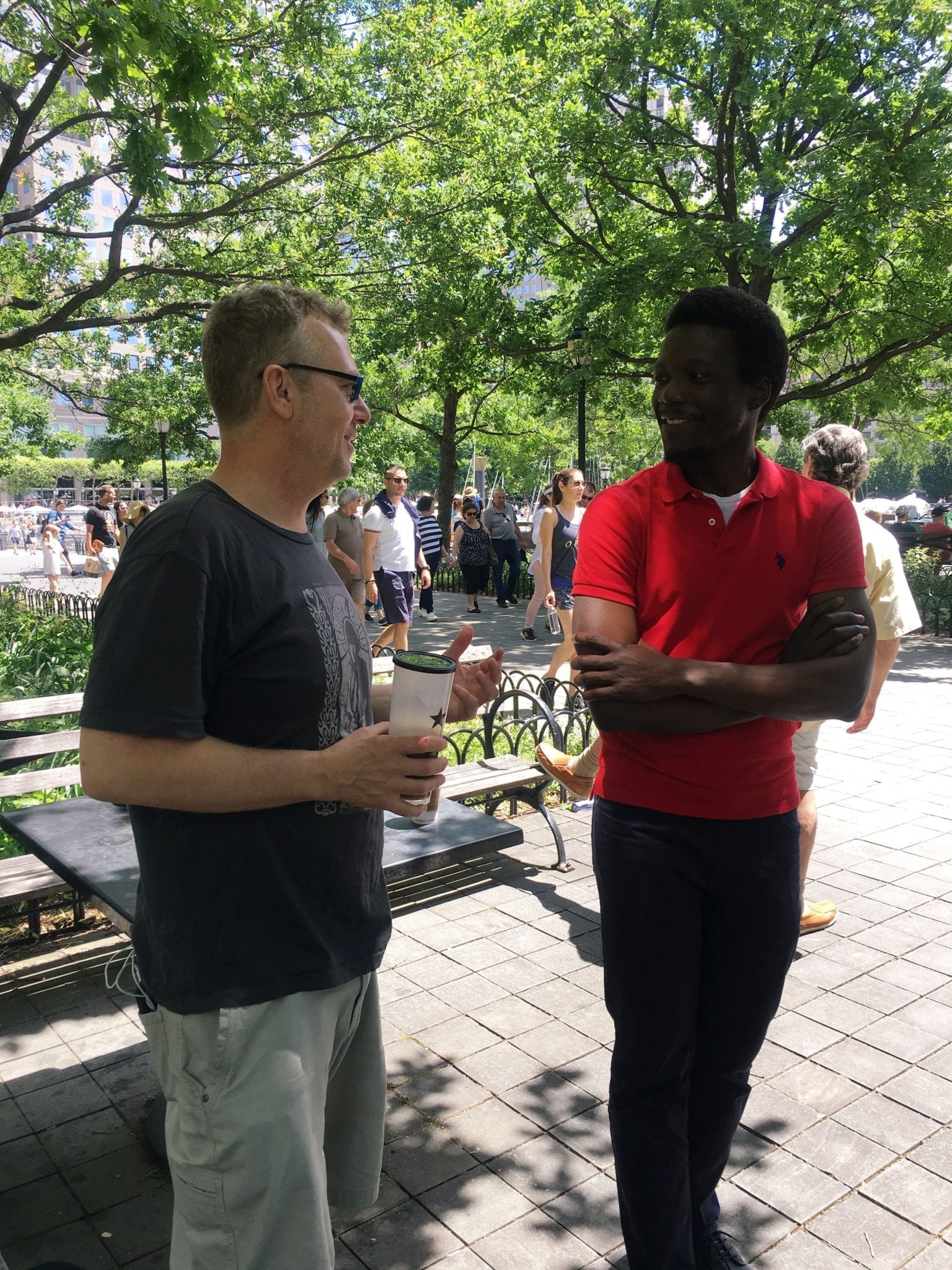 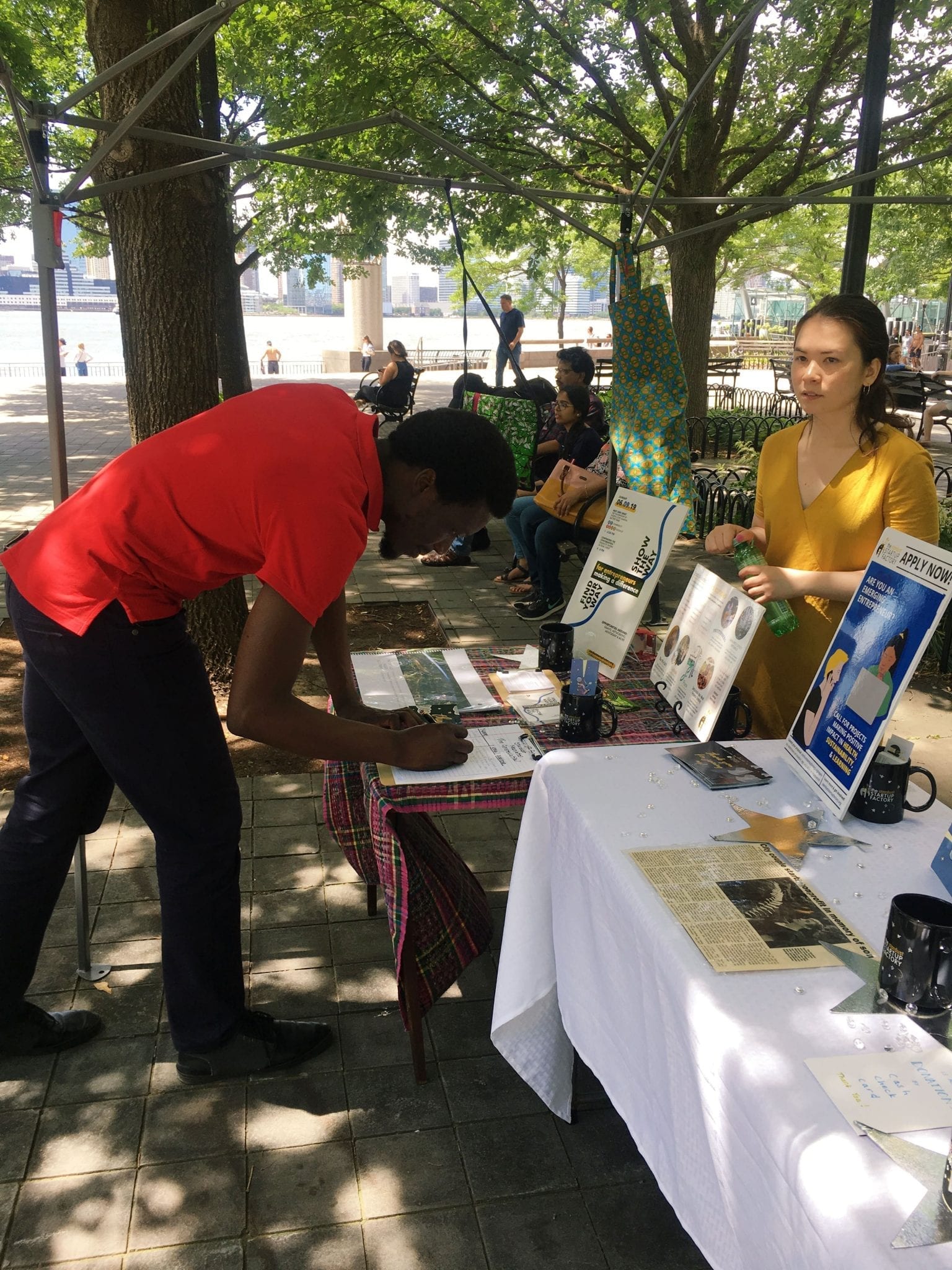 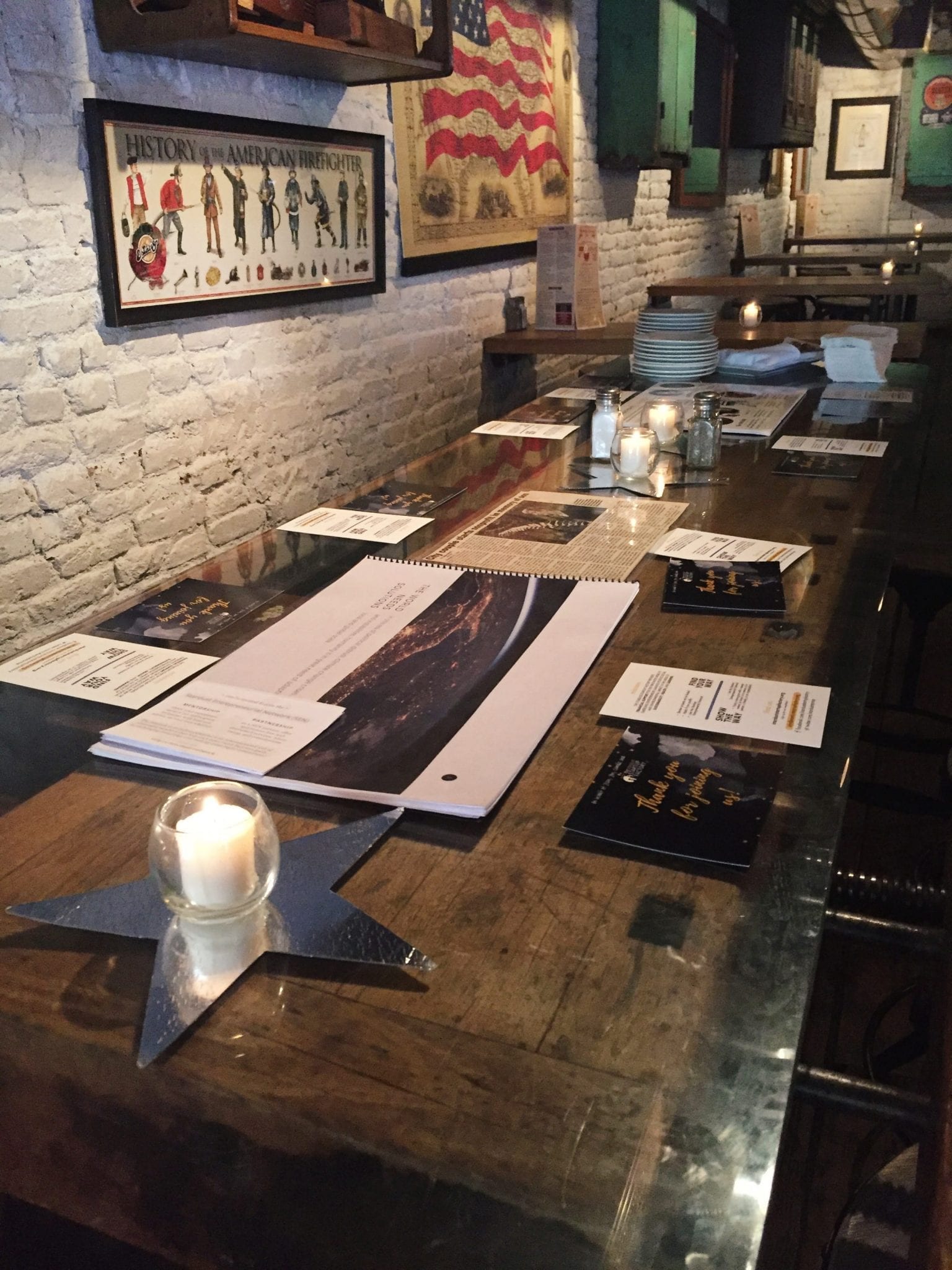 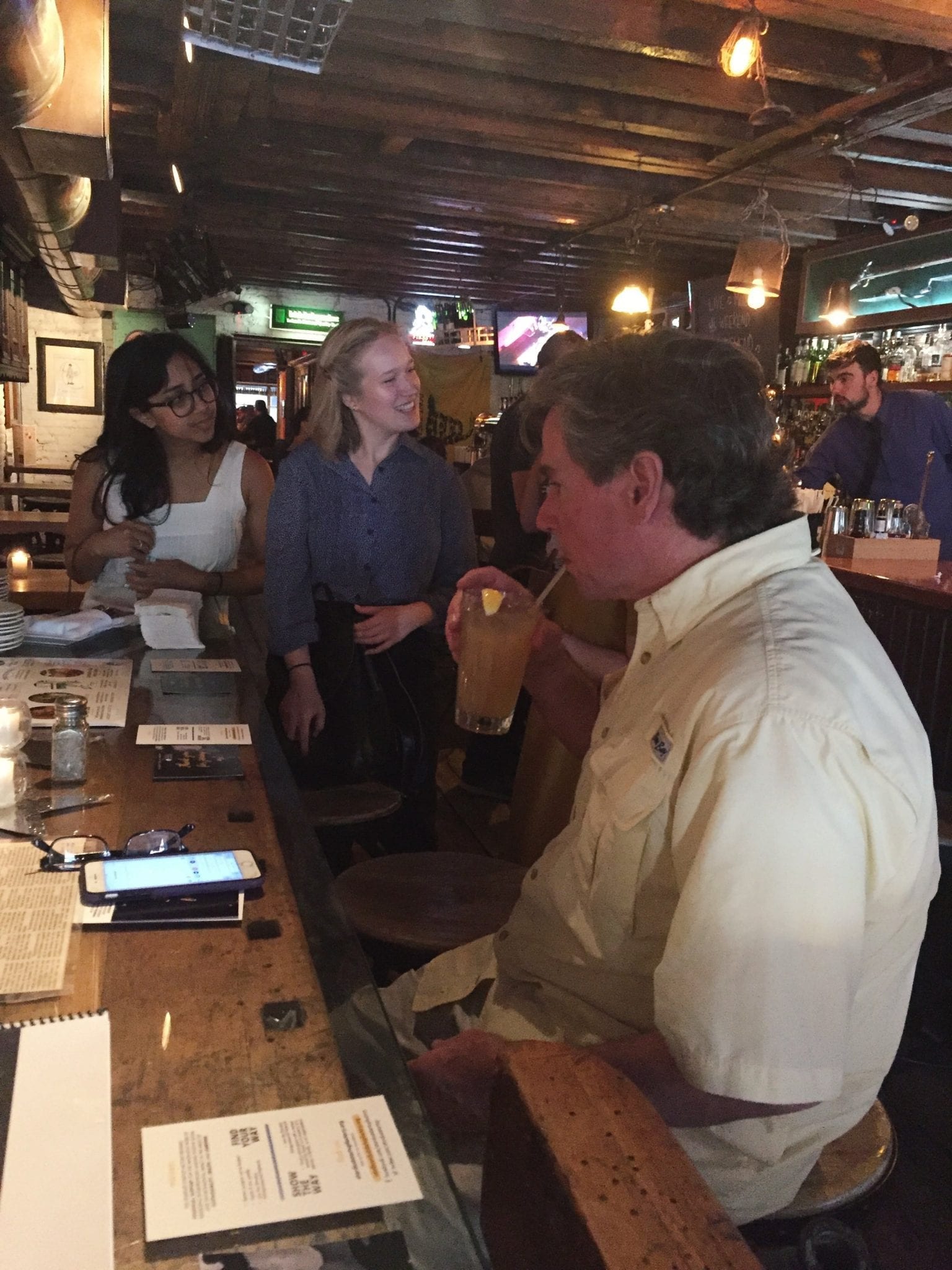