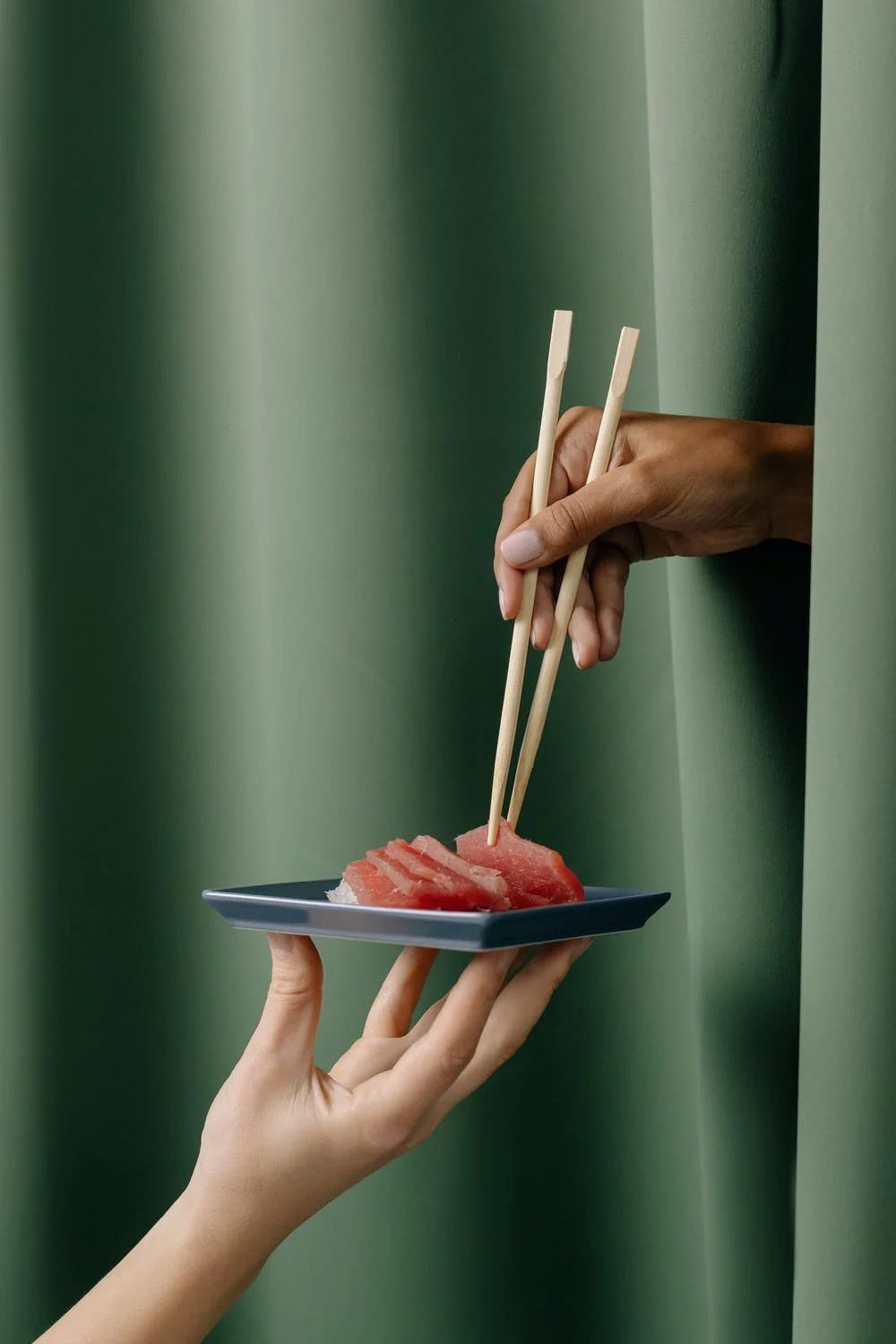 How Plant-Based Seafood Became My Path Out of Existential Despair 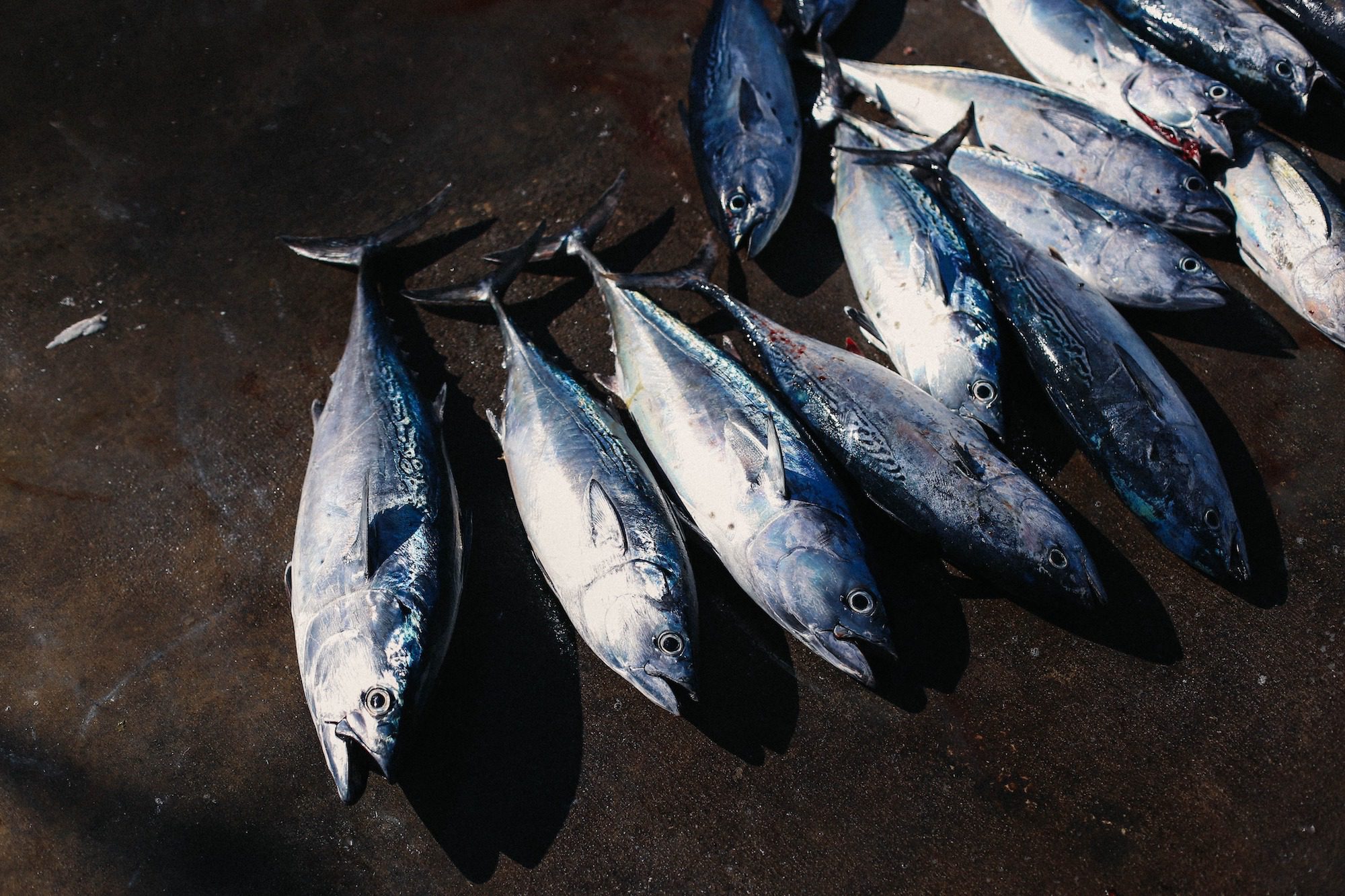 About two months ago, I ran into a complicated moral dilemma. It was a rainy summer night, and I decided to cancel my plans to snuggle up on my couch instead. As the gentle hum of rain wrapped me in a warm hug, I browsed Netflix and came across a familiar-sounding documentary: Seaspiracy. I recalled a few friends discussing the film a few weeks back – words like “marine debris”, “overfishing”, and “climate crisis” came to mind. It seemed interesting enough, so I decided to give it a try.

However, as the film progressed, I quickly began to feel overwhelmed by the number of staggering statistics. By the end of the documentary, I could hear the facts ringing in my ears:

Each year, over 300,000 whales and dolphins are killed as a result of bycatch;

Scientists predict that 90% of the world’s coral reefs will die by 2050;

If this rate of fishing continues, the oceans will be virtually empty by 2048 . . .

To be quite honest, as the end credits rolled and I looked around the room, what I felt was utter defeat. I had been inundated with horrible information but felt as if I had no power to enact real change. The rain no longer felt like a warm hug, instead resembling something closer to a bad omen…

In this day and age, the problem of defeatism is all too familiar for too many of us. With existential, doomsday-like news becoming a routine read, sometimes giving up feels easier. As I sat and thought about the existential crisis of overfishing, I certainly felt that feeling of hopelessness.

However, the longer I thought about it, the more issue I found with myself. If I continued down this path of immobility, I knew exactly where it would lead me: though the next few days would be filled with feelings of despair, the dread would quickly grow smaller and normalcy would take its place. I would blink and Seaspiracy would be gone; I would go back to my usual life and overfishing would feel like a problem of a faraway universe. (It’s funny how privilege allows for that type of disassociation.)

Seeing the path my future could take, I realized it was one I wanted no part in. I was sick of my own defeatist attitude; I wanted to do something concrete, something real. I knew I couldn’t single-handedly solve overfishing, but I reminded myself that understanding that fact didn’t negate positive changes that I could make in my own life and the lives around me. Besides, Seaspiracy had brought up a complicated moral dilemma in my own life. How could I mindlessly continue my own habits of eating fish while simultaneously deeply criticizing the fishing industry? Forget existential dread – where was the moral consistency?

Thus, I began to set tangible goals for my own journey down a more productive path: I decided that I was going to stop eating seafood. 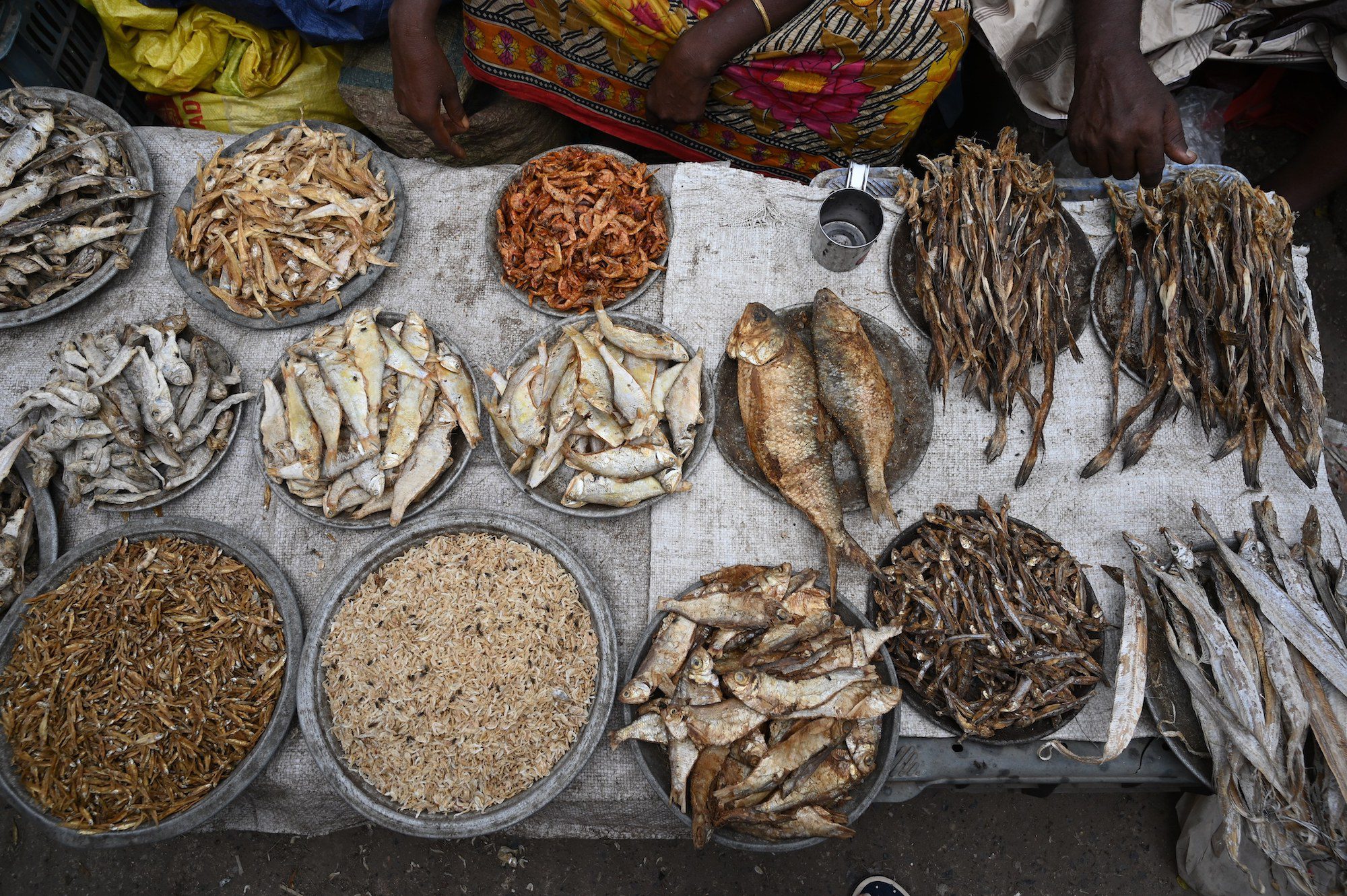 As an avid seafood consumer, I knew I was setting myself up for failure if I were to avoid seafood outright. However, the documentary had mentioned the rise of plant-based seafood, and I wanted to try it out. If I could tame my seafood cravings through plant-based options, maybe a seafoodless diet would actually be possible.

The more I looked into plant-based seafood, the larger I realized the market actually was. Online, I read about dozens of relevant companies, so I started scouring the grocery store for accessible options. Good Catch, Gardein, and Sophie’s Kitchen were just some of the brands I regularly came across that I decided to try.

To be honest, I was really surprised at how pleasant my first encounter with plant-based seafood was. I purchased Gardein’s fishless fillets, and not only was the breading quite good, but the fillets tasted fishy too. When I had Good Catch’s fish burgers and Sophie’s Kitchen’s fishless fillets, I was equally as impressed. Of course, I had some okay encounters as well – for example, I wasn’t the biggest fan of Sophie’s Kitchen’s canned plant-based tuna (the smell was a bit off, as was the texture).

Nevertheless, as I approach two months into my journey with plant-based seafood, I have to say that overall, I’m really impressed with the types of products that are out there. Though seafood is much more challenging to replicate than meat, startups across the world have taken advantage of modern technology and created products in extremely innovative ways.

For example, New Wave Foods (which was mentioned in Seaspiracy), has found a way to mimic shrimp out of algae. According to the co-founder of the company, Dominique Barnes, algae is a great substitute for shrimp not only because it plays an important part in creating an accurate smell and texture, but because you still get all the important fish-based nutrients you would get from shrimp.

At Finless Foods, they’ve figured out a way to create cell-cultured tuna comparable to raw sushi-grade tuna. Though not plant-based, cells from real tuna are collected and replicated in a food production facility, reducing the environmental cost of catching tuna out at sea.

As news and media about the environmental impact of the fishing industry continue to grow in scope and importance, so will the public’s demand for more faux seafood. In the first half of 2021 alone, investment in U.S. plant-based seafood grew to $70 million. Though that’s only a small fraction of the $1.4 billion plant-based meat market, it was just about as much as the past two years of investments in the industry combined. With such incredible growth, I have no doubt that the plant-based seafood world will only continue to innovate in increasingly creative ways. As a new consumer of plant-based seafood products, that idea is quite exciting.

If you’ve considered trying plant-based seafood in the past or have been looking to reduce your impact on the earth, let my words be the final push towards opening your horizons. If plant-based seafood is a new concept to you, I ask you to approach it with an open mind.

Lastly, I think it’s important to remember that individual contributions to reducing our environmental impact are valuable. Yes, we can’t ignore the fact that massive industries are the main contributors to climate change; the same goes for the fishing industry and the harm being caused to our oceans. In this way, these problems often seem like issues too big for us to solve (hence the existential despair).

However, individual contributions can still make tangible differences, especially when placed in tandem with all the innovations in greener technologies and the work of climate change activists on the ground. As a conscious consumer, purchasing greener alternatives like plant-based seafood sends a signal to the market that consumers (like yourself) are actively searching for greener options. Investors see that and invest more in these companies (take Gathered Foods, maker of Good Catch, who received an investment of over $26 million last Spring).

Nevertheless, for me, the switch to plant-based seafood wasn’t purely about wanting to feel like I was making a difference. As someone who disagreed so strongly with the ethics of the fishing industry, it felt wrong to continue to mindlessly benefit from them through consuming seafood products.

In today’s society, it’s hard to avoid every industry that you disagree with, and a lot of people don’t have the means to do so. However, when it came to seafood, I knew my decision wasn’t one of accessibility or means, but one surrounding my willingness to sacrifice specific foods that I loved. In the end, I wanted my moment of existential despair after watching Seaspiracy to turn into concrete action. I not only wanted to make a difference but take a moral stance on something I felt was wrong, something that felt important.

So yes, as of two months ago, the seafood industry has had one less customer to serve. Though my contribution may seem minor, Seaspiracy has undoubtedly left its mark on the seafood world. My hope is that through my writing, I’ve been able to leave my mark on a few others as well.