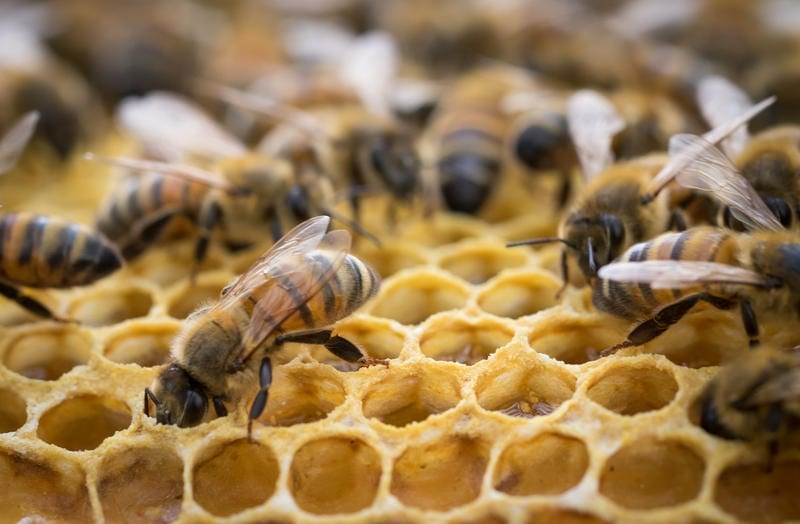 With Thanksgiving on the way, it’s the perfect time to show gratitude to the earth’s harvest. As climate change continues to threaten our natural resources, it’s essential to not just be grateful, but to strive to preserve the resources that sustain humanity.

Honey bees are essential for the pollination of flowers, fruits and vegetables, and support about $20 billion worth of crop production in the U.S. annually, Matthew Mulica, senior project manager at the Keystone Policy Center.

This is why The Stardust-Startup Factory decided to focus on some of the threats and solutions to the earth’s bee population. “Bees are the lifeblood for our existence. Their pollination allows our plants and food crops to reproduce. Without them, we are in trouble.” Unfortunately, the earth’s honeybee population is in crisis. According to Greenpeace, the number of bee colonies per hectare has decreased by 90 percent since 1962. Bee colonies have been disappearing in what is known as the “colony collapse disorder,” according to National Geographic.

However, in the US, farmers are taking action, learning to raise other bee populations, including the blue orchard bee, the bumble bee and alfalfa leafcutter, who are also effective pollinators in certain settings. In Germany, a Save the Bees movement is booming. Their Green, Social Democratic, and Ecological Democratic parties, nature conservation and research organizations, organic food companies and distributors, and bee producers have banded together. They are lobbying the government to pass measures including: the support of organic farming, increasing the number of natural meadows, prevent further losses of biodiversity, protect clean water and limit pesticide use. These regulations were passed in Bavaria, to great joy and celebration.

While it’s great to look for new bee sources, it’s also important to treasure and preserve the honey bee population. According to the Bee Informed Partnership, a nonprofit associated with the University of Maryland, between Oct. 1, 2018, and April 1, 2019, 37.7% of bee colonies kept by commercial beekeepers, declined, which according to preliminary data is 7 percentage points more than the same time frame during the 2017-2018 winter.

While it’s great to look for new bee sources, it’s also important to treasure and preserve the honey bee population. The need for honey bee preservation is one of the reasons that  Stardust’s advisory board recently approved a fall 2019 funded project, a grant for a meadery in Ohio that wants to fight for the state’s bee populations! Founded by Philip Nielssen, the James McAvene’s Meadery will produce a honey-based wine and other honey products to help revitalize the honey bee population in Ohio.