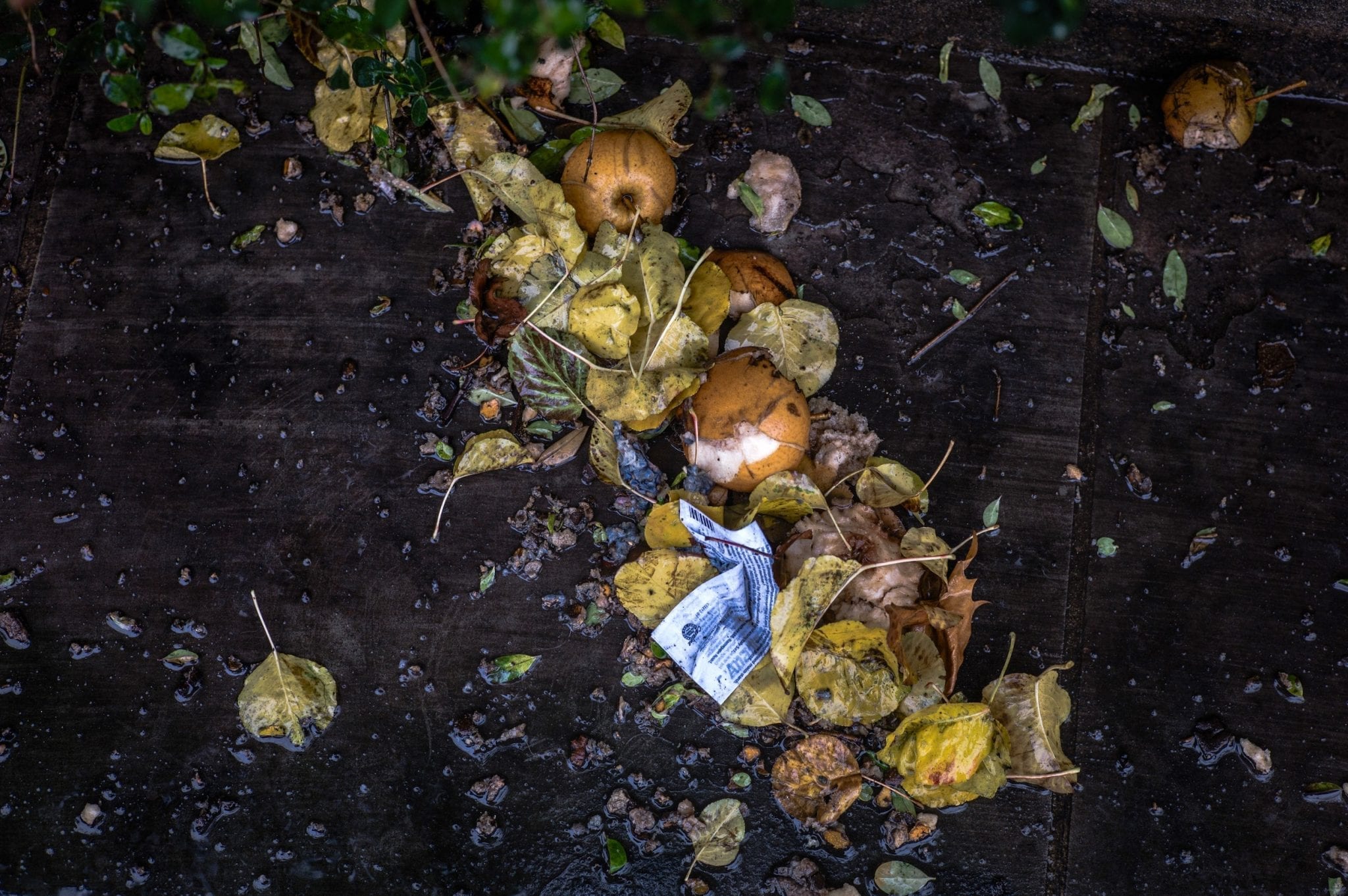 When the darkness closed around me, I did what any one of us would do: solve a problem that was within my control. So, I set out to find a solution to the heap of organic waste. Inspired by my fellow Stardust writer, Eléonore, I pulled the trigger and purchased two Bokashi Composting Bins.

Click here to learn how Eléonore eliminated half her plastic waste.

I live in Westport, Ireland in County Mayo. Even though I am a proud expat living an ocean apart from my American family, the events of the past six months pull my heartstrings until I’m dizzy from emotional whiplash. 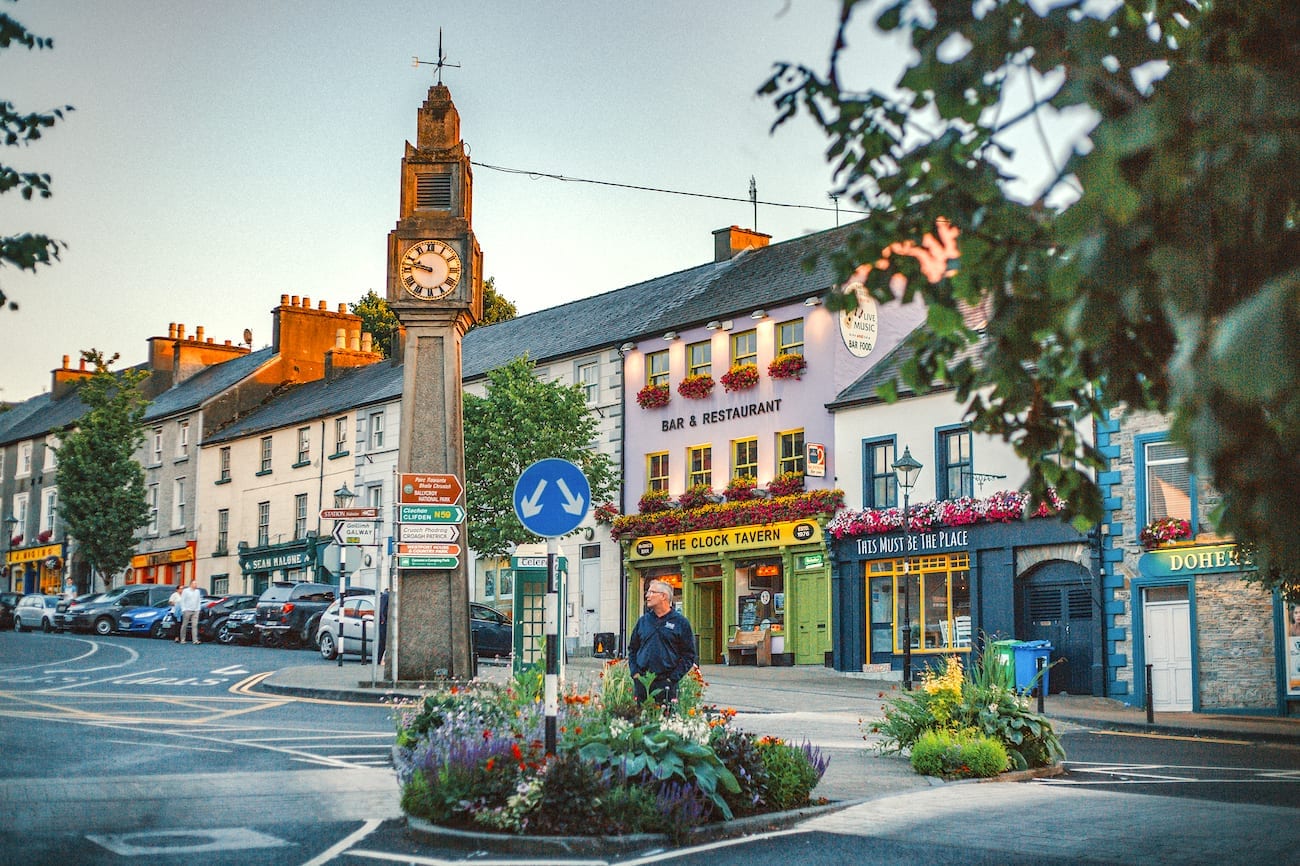 Since I began living in Ireland, I was perplexed at reducing organic waste without purchasing a municipal compost bin. (Oh, remember when we were just plagued with ideas instead of a literal…?) Maybe I can’t string words together or fix the news, but I can correct my composting predicament.

First off, the Irish don’t dispose of “garbage” in a “can.” How primitive, low class, colonial? No, like their British oppressors, they discard “rubbish” in a “bin.” Though, I’ll admit that the Mayo Irish “bin” sounds like “Ben” and for some time, I thought the rubbish man was named “Ben.” After a strange look from him one early morning, I learned that his name is not “Ben” but something much more difficult to pronounce – let alone recall.

Maybe I’m just too accustomed to American waste methods, but Ireland’s is confusing, albeit more effective. Paying 65 cents for a plastic bag means that nearly everyone uses reusable bags when visiting the grocer. But almost everything in all grocery stores is imported – it is an island, after all – so even raw produce comes plastic-wrapped.

Just like the plastic bag levy – a social tax, effectively – Ireland imposed others that diverted a fair bit of waste from landfills. In 2013 the Waste Regulator increased the landfill levy from 10 euro to 75 euro per tonne for each tonne of waste. On an island, space is limited, and the country only has five operating landfills, and their two municipal waste incinerators to capture energy are becoming unpopular (2019). People object to burning trash near their homes. Who would have thought?

At the end of the day, like all others, Ireland’s waste disposal is only as effective as the humans tossing their rubbish in the bin. Sometimes, though, I am shocked by individual infrastructure decisions – not that my previous homeland was any paragon of environmental stewardship. The fact of the matter is that 77,000 Irish people’s raw sewage flows directly into the environment. My sink, like most others, drains into the rainwater catchment system. Yuck!

So, in light of that delightful information, organic waste is just one part of Ireland’s problem. But, it is a conscientious and earnest effort to fix an issue we can actually control.

Back to the Bokashi

Bokashi is a Japanese composting method useful in small spaces. Unlike traditional composting, it works to produce pre-compost in just 2-3 weeks in a fermentation process accelerated by soil-friendly microbes, yeast, and fungi.

Image 1: The Bokashi Composting bin can easily be whipped out and placed on the counter to promptly end any dinner party.

Set it and forget it

What sort of contents can go into my composter is just not a burden I want to bear. I get it. It’s simple enough to do a traditional compost. But, in light of all the other things keeping me awake at night my brain may just pick the Bokashi as a more delightful focus point during Dreamtime. Did I put too much coffee grounds in my compost? How do I tell if this black sludge is appropriately acidic? No, I daydream about higher forms of consciousness and whether there can be a solution to the environmental crisis without a spiritual component. Black sludge? I’ll pass.

You can toss nearly anything into a Bokashi. Just throw your leftover vegetables, cheese, food scraps, meat, hopes, and dreams of a fulfilling 2020. This is one of the beautiful elements that make Bokashi so simple as a home composter. Each time you fill it with the organic waste you just cover it with micro bacterial bran to kickstart the fermentation. Are we having fun yet?!

There are, though, a few not-so-beautiful things about the Bokashi method, and it mostly has to do with the bin’s ominous black spigot. Though it is the same mechanism as my high school lunchroom’s fruit punch or a friendly coffee fountain, its contents are much more mysterious.

Frankly, since putting my first batch into incubation for two weeks, I cannot find the courage to empty out what is waiting on the other side. I’m sure it will be fine. Just as I prefer to not deliberate over the contents of my compost, some mysteries are best left unanswered.

I have also not cleaned it, yet. So there may be more horrors to bare. But, I read that it is simple enough to spray out the plastic bucket and reseal its air-tight lid. Maybe I will provide an update after my first deep clean when I rid the bin of unpleasantness and plant new seeds of anxiety in my psyche. Time will tell. 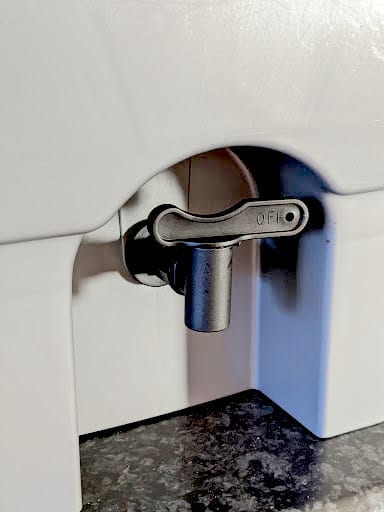 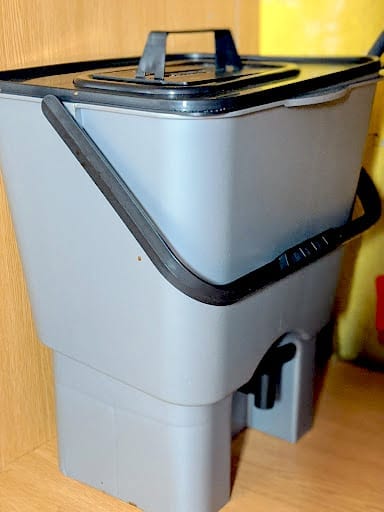 Most composters set out to enrich the soil with essential microorganisms and nutrients, but the Bokashi can create soil within 4 weeks. While at university I studied under an eccentric soil scientist who proudly declared bourbon A former environmental policy strategist, he often sat back in his chair when posed with a particularly difficult problem and say: “that’s a problem that only bourbon can solve.”

As proud as any academic specialist, my soil scientist hated when someone used a dreaded four-letter word in his class: “Dirt”. Just like the Irish and their “rubbish”, “soil” is a dignified term appropriately capturing the myriad of complex life-forms decomposing everyday detritus.

The threat of diminished soil quality

Soil degradation and suspension in freshwater are two of the most significant environmental threats facing the planet. Ireland is a perfect case study.

After trying to keep up with the other EU specialized economies, Ireland chose to be a bastion to agriculture and livestock (Food Harvest 2020). Fresh off a credit downgrade from the ‘07 crisis, the Irish Government poured money into livestock farmers who promptly poured millions of tons of shit and fertilizer into freshwater.

So soil may become a scarce resource, and we need to seize the means to rebuild it at whatever scale we can. South of me, in Cork’s Bride River watershed, farmers are banding together in a community effort to deploy habitat improvement measures to preserve topsoil and restore lowland intensive farmland (thank you, EU funding).

Keep on keeping on

It is funny how such a simple course correction, like composting or a new habit, can rebuild some long-lost rhythm and flow. As the Stardust co-founders, Camille and Jean, mentioned in their 5th-anniversary video, the Stardust Startup Factory means celebrating the positive aspects of life in light of so many social and economic uncertainties.

If this article seems a bit scattered by topic and tone, I will ask you to remember that it is the work of one mind. Disjointed or, on my best day, disassociated from the chaos of the day, I am finding structure in controlling a waste stream. I’m sure I’m not alone. Again, there are plenty of things to worry about but, dammit, in my house organic waste is not one of them. Put all my organics, pains, and anxieties into my Bokashi, rest easy, and let the bourbon answer life’s problems. (Please, Bokashi responsibly.)